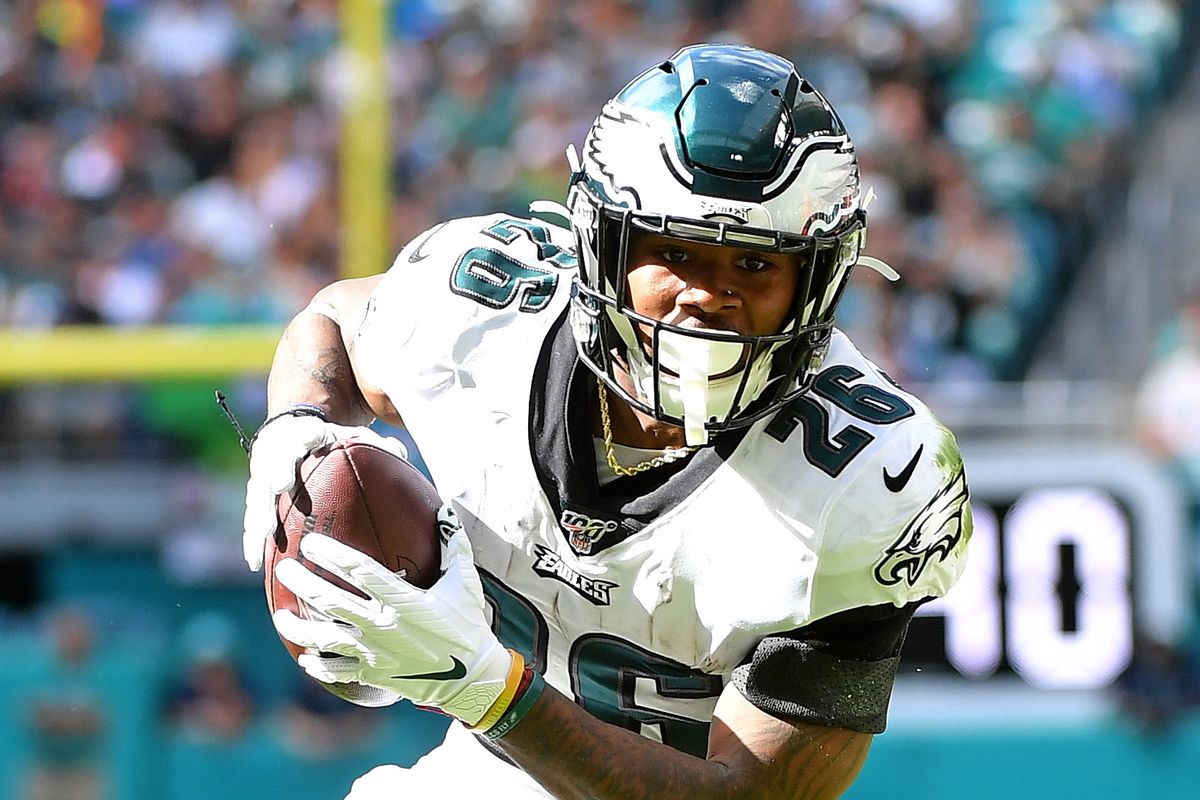 Neither of these teams moved the needle in their week 12 matchup that ended in a 17-9 Seattle victory and neither team is easy to figure out. The injury-plagued Eagles are hosting a playoff game with a 9-7 record that many believe says more about the Cowboys ineptitude than the Eagles skill while the Seahawks sport an 11-5 record with a negative point differential.

With both defenses struggling with injuries and lack of skill, I lean towards this game being a shootout that you want to be a part of. Make your lineup for the NFL Hail Mary while you still can! We will be giving out $5,000 in total prizes so don’t miss out!

Both of our options at quarterback struggled mightily when they faced each other in the regular season and even though they both have lower multipliers, I like a lineup with both quarterbacks in this champion mode. But, if you had to pick one, I’ll take Russell Wilson.

Wilson has plenty of playoff experience compared to Carson Wentz who will be making his first career playoff start on Sunday. I also feel better about Wilson’s weapons as some of the Eagles’ skill players are going to be banged up entering the game. It doesn’t help Wentz’ optics that he turned the ball over five times the last time these teams played.

I expect this game to be high scoring and for DK Metcalf and Tyler Lockett to find the end zone with Wilson leading the way for the Seahawks. He’s always a threat to use his legs near the goal line as well.

I was heavily interested in Boston Scott before Miles Sanders had his injury designation taken off going into the weekend. Although I like the extra juice on Scott’s multiplier and what he has done for Philadelphia, Sanders has been a rock when he’s healthy.

Before he was plagued with an ankle injury, Sanders was having a hot streak where he scored three times while averaging 36.64 if he had his current multiplier of 1.7X. A lot of people might be on Scott after his three-touchdown effort in week 17 so I would consider pivoting to Sanders in this spot.

Travis Homer is an intriguing play. He has been called on due to the injuries in Seattle’s backfield and has done an admirable job running the ball as well as catching passes out of the backfield. If he had this multiplier last week he would have put up 26.91 fantasy points.

He had 15 touches last week in a close game and we expect this matchup to be just as close. If he touches the ball as much as he did last week, I would expect him to score against a mediocre Seattle defense.

The Eagles have a stellar run defense that ranks fourth in the league in terms of yards per game allowing under 70 per game. With the Seattle running game being uncertain at best, I expect an onslaught through the air with Wilson throwing as many as 45 passes.

Let me be clear, I think both guys have a big day. But, if I had to pick one, I’m going with Metcalf. I talked about this in the full slate analysis, but let’s remind you. Over 70 percent of his yards this season have come before the catch and with four plays of 40 yards or more this season he is in a good spot against an Eagles secondary that allows over 14 yards per catch to opposing wideouts.

This is a guy who has big-play potential and does not need a high usage to be effective and he saw 12 targets last week. I expect the same usage for the Adonis-like athlete against the Eagles when he sports a 1.9X multiplier.

If you’re feeling contrarian, there are worse plays than Greg Ward. Ward has been one of the guys to step up in the absence of Alshon Jeffrey and Nelson Agholar and has proved he can produce.

His targets have been steady in his last four games where he has seen no less than five and as many as nine. He has an opportunity to put up 30 plus fantasy points against a Seahawks secondary that has given up 100 yards or a touchdown to a receiver in five straight weeks.

Zach Ertz was just cleared to play on Sunday, but, he is coming off of a lacerated kidney and broken ribs which scares me. Because I don’t expect him to be as productive as he normally is coupled with the stout Eagles red zone defense, I’ll take Dallas Goedert over Jacob Hollister and the aforementioned Ertz.

The Eagles were tight end heavy in the Week 12 tilt against the Seahawks targetting the position 22 times for 19 completions and a touchdown. Given the injury concerns at wide receiver and running back I can’t see a situation where they don’t try to feed Goedert the ball.

If Goedert had his current multiplier in his last two games he would have averaged over 25 FPPG while averaging 11 targets. If he does not get up to double-digit targets for the third straight week, I’ll become a man of the Night’s Watch.

Kickers can be a good play in single games, but I think I’m staying away from both in this one. With all of the points that I expect to be scored, I want to capitalize on skill players.

Neither Myers or Elliot have impressive numbers when you add their multipliers with Myers leading the two averaging 18.6.

I would stay away from Elliot and maybe think about Myers. The Eagles have a stellar red zone defense and Seattle might have to settle for a few field goals.

You want a Champion who is going to have a high usage and opportunity to break plays. Miles Sanders averaged over 22 touches in the four games before his injury – 17 carries and five receptions.

We talked about the defense of the Seahawks and their lack of ability to stop their opponent from scoring and I like Sanders’ usage mixed with his big play ability. If he had his current Champion multiplier of 2.55 in those four weeks before he was injured, he would have averaged just under 55 FPPG.

In a game where A lot of ownership will be on Boston Scott, let’s pivot.