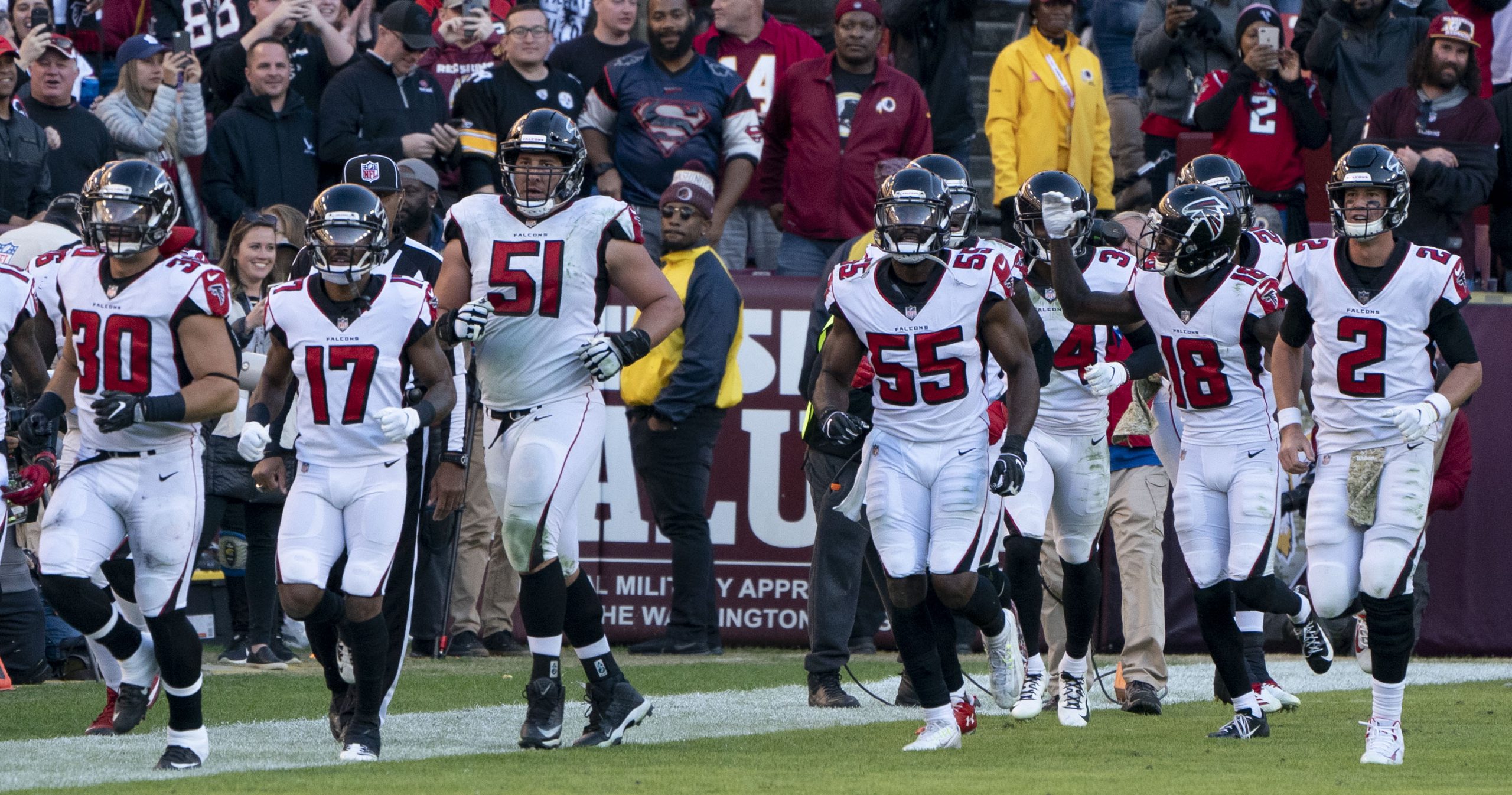 The end of the regular season is imminent (*collective sigh*) and the time to produce is never greater than it is during the home stretch. This is the time of the season where we see players take advantage of defenses that have flat out quit on their teams. Let’s highlight some guys at each position within their respective multiplier range.

Have you heard of SuperDraft? We offer users the opportunity to draft their team with absolutely no limits by using our unique multiplier method. Enter the NFL $50,000 Red Zone with a chance to win big!

It has been tough sledding for Baker Mayfield in his sophomore season, but there is a lot of love here. Despite his issues, everyone knows the skills that this man possesses and the weapons at his disposal. I don’t even have to mention those studs: just look at who is on the other side of the line of scrimmage.

That’s right. Mayfield gets to sling the ball against the Arizona Cardinals – the same Cardinals that have given up the most completions, yards passing, touchdowns passing and quarterback rating per game to opposing fantasy quarterbacks.

Roster the Oklahoma alumni and do not question it.

After looking at the guys in this range, it was hard to find someone you can trust. Jared Goff, Derek Carr, and Matt Ryan are a few names that fit that bill, but that is the price you pay when looking that far down into the multiplier.

Even though Tom Brady and the Patriots have been shaky, Brady is someone you can count on tenfold when coming off two-straight losses.

Signal stealing or not, expect Brady to roll as he is ‘on to Cincinnati.’

The only quarterback worth looking at in this tier is the rookie, Dwayne Haskins. Not only do the Eagles have a plethora of injured offensive players, but their defense has suffered key injuries as well all season long.

With such a stout run defense, I would expect the Redskins to try and exploit the pass defense on Sunday if they have any chance of winning this game.

For the main slate, you only have a choice between four running backs in this range and you cannot go wrong with either of them. Outside of Ezekiel Elliot, you have Dalvin Cook, Derrick Henry and Christian McCaffrey. Of all these studs, Elliot is the only one that has a quarterback dealing with an injury.

Dak Prescott is nursing an injury to his right index finger which has reportedly been taped to his middle finger and should affect his ability to throw. Elliot has not reached the 100-yard mark in a game since week nine when America’s Team visited the Giants, but in games where he has, the Cowboys are 4-1.

If the Cowboys want to capture a division title and host a playoff game they have to feed Zeke the ball in this game and their record when they do shows it. Getting him going early and often will be the key to this game.

How is Chris Carson listed as a 1.45x multiplier this week? Can we get the SuperDraft brass on the phone for this? This is highway robbery.

Not only does Carson not have to compete with anybody for touches with Rashaad Penny out for the season, but the Carolina Panthers defense is abysmal when trying to stop the run. They are dead last in terms of yards and touchdowns rushing per game while giving up the most FPTS to opposing running backs. Lock Carson into your lineups this week and reap the benefits.

Sony Michel has yet to reach the century mark in a game this season and has not found the end zone since week seven where he did so three times, but there is a lot to like about this matchup with the Bengals.

The Bengals are one of eight teams this season allowing an average of over 20 FPPG to opposing running backs. The game script works in Michel’s favor also with the Patriots expected to be leading the entire game.

Yes, he only managed eight yards rushing on five carries last week, but with a multiplier this high for someone who knows how to produce come few and far between.

In the top tier of wider receivers, I feel like Deebo Samuel is in for a massive game when he takes on a lowly Atlanta Falcons defense. This defense has given up big games to number-two receivers all season long:

Samuel is in for a big day with a 49ers offense that is clicking at just the right time.

With the number-one option Amari Cooper drawing the attention of Jalen Ramsey, Michael Gallup could be in for a huge day.

I know that I mentioned Prescott’s injury earlier in the post. However, the Cowboys are still going to have to throw in this game to prevent the Rams from stacking the box. Staying away from Ramsey is their best bet to do so successfully.

Over Gallup’s last five games he is averaging just under 10 targets per game while averaging almost 10 yards per target. If Prescott has any success on Sunday I would expect Gallup to be the primary beneficiary given Ramsey’s success against Cooper. In their last bout in 2016, the trash-talking corner held Cooper to just one catch while he was covering him.

Although the fourth-year receiver has only seen over four targets in four games this season, last week was one of them where he found the end zone in Mike Evans’ absence and had over an 80% snap share.

Perriman gets to be “covered” by the Lions’ secondary which ranks fifth-worst in the league in allowing yards to receivers. This bodes well for a guy who is primarily a big-play receiver.

With only three tight ends in this range you cannot go wrong, but, Zach Ertz has the best matchup among the three in a division battle against the Washington Redskins.

Tight ends are averaging under eight FPPG against the Redskins but have scored over 12 FPPG over the last four games while allowing four touchdowns in that span.

After a vintage Ertz game last week and the injuries across their offense, I think Ertz is a no-brainer on Sunday.

With David Njoku struggling with injuries all season long he has only found the field for three games. After a standout sophomore season, DFS players are in a position where they don’t know what Njoku can give them. However, if you play fantasy football you know exactly what the Arizona Cardinals have done against opposing tight ends – nothing.

The Cardinals have allowed a touchdown to tight ends in 10 of their 13 games this season, a stat that leaves them at the bottom of the league. They also allow the most yards receiving and FPPG to opposing tight ends and it isn’t even close.

Death. Taxes. Start your tight ends against the Arizona Cardinals.

If Jameis Winston loves anything more than crab legs, it’s Cameron Brate when he is under pressure. Although is used is as up in the air as much as Winston’s performance, there is trust between these two.

You won’t find a stud this far down the player list but with Mike Evans out Brate should see more targets. He did well after Evans went down last week posting a stat line of 4/30/1.